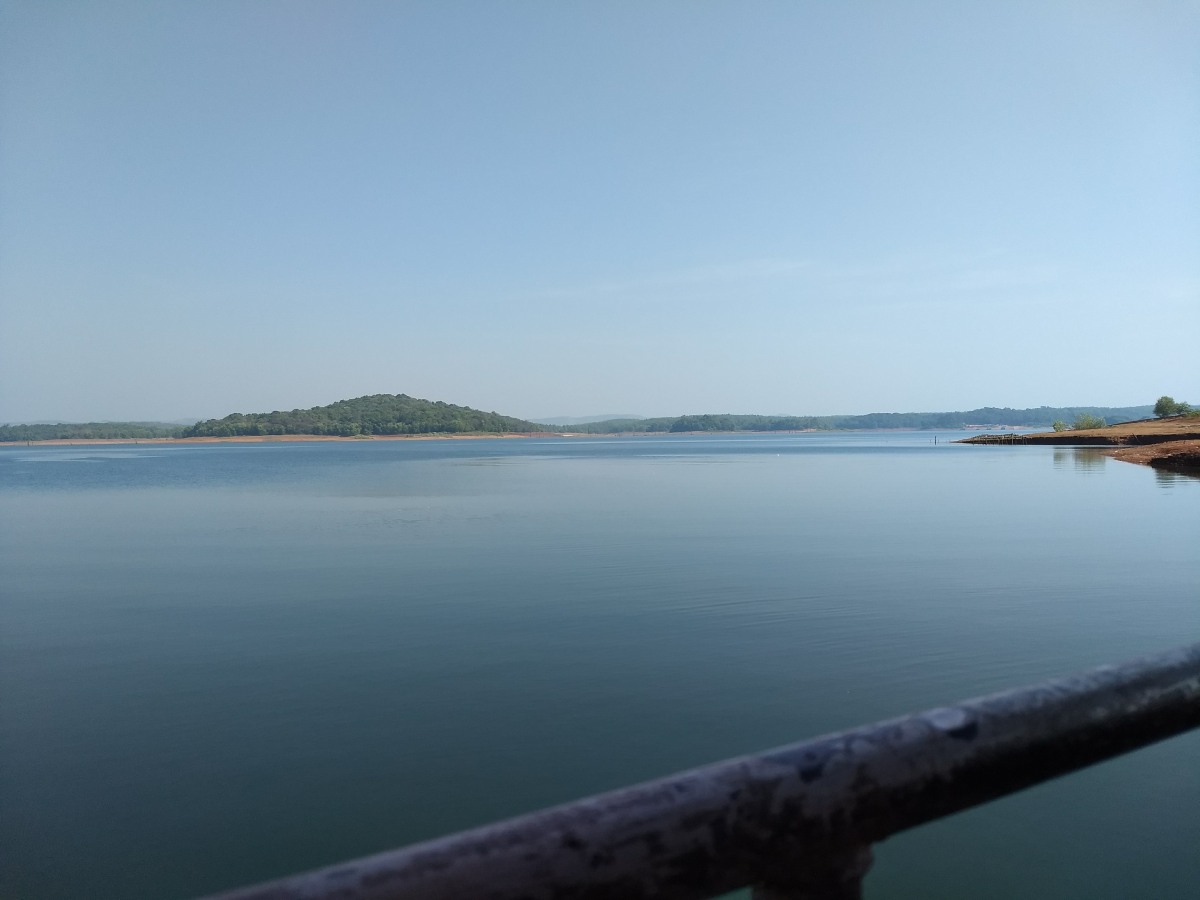 Most of the barges in the south are being phased out as monster bridges fill the gaps in the road network. So, I was delighted to hear about a barge on the Linganmakki reservoir in Shivamogga district of Karnataka. The barge helps people reach the Chowdeshwari temple in Sigandur via the town of Sagara (Sagar in maps).


Sigandur is about 400 km from Bangalore (Bengaluru). I started at 7 am. I stopped for breakfast at Veena Stores, which proved to be a very good decision.

I eventually hit the Yeshwantpur flyover around 9 am. At Nelamangala, I took a left towards Kunigal. At Yadiyur, I took a right to Turuvekere. From there, it was a straight road to Shivamogga via Tiptur, Arsikere, Banavara and Kadur.

I passed several vendors of sugarcane juice. At one point, I could not resist any more and stopped fr a drink. Again, a good decision. The juice was very, very nice.

It helps to stop on this route. The main reason is speed breakers; you never know when one will spring upon you. Drive slowly to take in the towns and villages that you pass.

Lunch was at a restaurant near Kadur. The place was neat and clean. The food was good. The men’s loo was alright. But, the food options are few and far in between. The options increase once you cross Kadur.

There is only one Cafe Coffee Day on this route, at Arsikere. I mention this cos you are assured of a decent loo at a CCD.

Touched Sagar at 4 pm. It is a small town, which can be the base for a visit to Jog Falls and Sigandur.

I opted for Green Embassy hotel. The room was good and the staff was helpful. They have limited room service in the sense that all the items on the menu are not available throughout the day.

The next day, left for Sigandur just before 7 am. It takes up to an hour to get to the jetty. While the road was deserted, I got a shock at the jetty. I saw a line of vehicles stretching about half-a-kilometre.

While I was considering my options, a policeman who was maintaining order even as drivers casually tried to jump the queue or make fresh lines, which were leading to arguments, advised me to park the car and take the barge. “Else, God knows how long you will be waiting here.”

That’s just what I did.

The barge could accommodate about 10 vehicles. And, once a bus got on, the room for vehicles reduced. Since I was on the first trip, the barge was packed. It was a sight watching the bus driver getting on the barge.

The actual trip across the reservoir takes just about 20 minutes. This was a memorable journey. The water was clear. But as usual, some Indians just can’t handle too much cleanliness and decided to discard plastic cups and packets in the pristine water.

At the other end, SUVs were waiting to take pilgrims to the temple. It is a 10 minutes journey. Apart from the driver, 13 people are packed into each vehicle. This is how it works in rural areas, folks.

The fare for a one-way journey is Rs 20.

But, there is an alternative, which I will write about later.

The temple is small, but looks larger due to a tin roof, which was put in place during a major event, but has not been removed. It appears that most visitors are from areas nearby, or from rural areas. Then, there are the vehicles carrying pilgrims to various sacred places.

The goddess is believed to protect your belongings or property from theft.

From Sagar to Sigandur, you will not come across many places to eat. Even if you do, you will have to make do with snacks amd the usual colas and soft drinks, which are omnipresent like Gods.

At the jetty, you will find several shops, again limited to selling snacks. At Sigandur, it’s the same for the most part.

I went to try a small eatery on the left as you exit the temple. A few steps will get you there. The place can seat up to 60 people. The menu is limited, but the food is too good. I tried idlis and buns. The idli was nothing to write home about, but the accompanying sambar was in a different league. So were the buns.

When you are in a remote place with limited infrastructure and options, getting tasty food just gives you a feeling of satisfaction that is above par.

I made a change on the return journey.

After a brief stop in the hotel to collect my luggage, I took the route back to Shivamogga. However, I decided to return via NH48. I did not want another encounter with the speed-breakers.

This meant taking a left at Kumsi and going to Davanagere via Honnali.

From Davanagere, the road was smoother.

Stopped at Jai Tulajabhavani Dhaba before Sira. It is a very simple place, but the food was very, very tasty. The dhaba comes a few metres after the Cafe Coffee Day, which is on the northern outskirts of Sira.

Once I got off the Hassan highway, the road to Shivamogga was bad. Plus, there were several speed-breakers. The road from Shivamogga to Sagar is very good and also scenic.

The road from Sagar to Sigandur is awesome. Best time to drive is early morning.

The road from Kumsi to Davanagere is bad for the most part. Plus, you have to deal with speed-breakers.

Besides the hotel I mentioned, you get several options in Sagar. Plus, you can try the Jungle Lodges resort — Sharavathi Adventure Camp.

For going to Sigandur from Sagar, you have the option of taking a particular private bus service. You board in Sagar and get off in Sigandur. The fare includes the portion covered by barge. On the barge, you don’t have to deal with the crowd if you are on the bus.

The frequency of buses is low. But this is a journey, you would not want to do in a hurry.