The monsoon is the best time to take in the Charmadi Ghat and Shiradi Ghat. You can drive further to Jog Falls, which can now be seen in all its glory 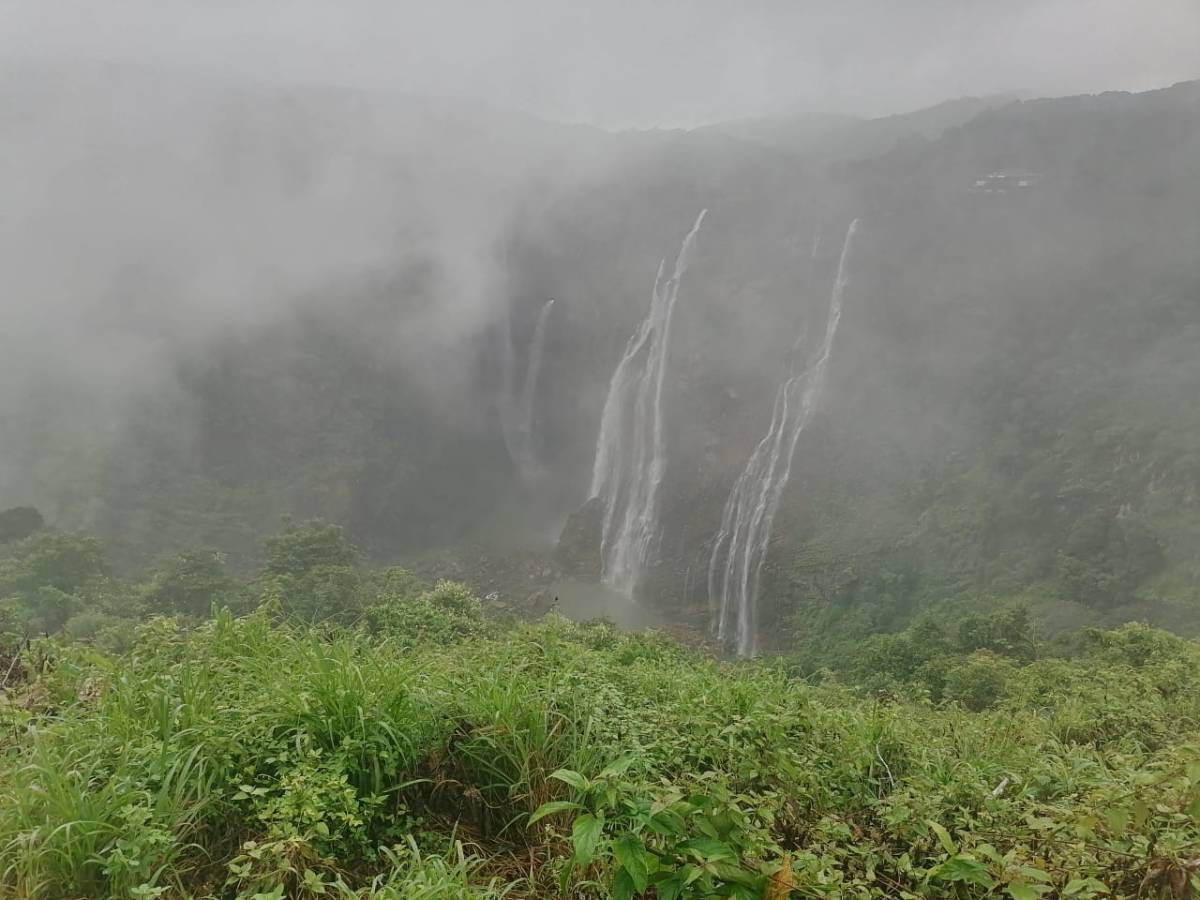 The rains in the western parts of India are a phenomenon by themselves. They transform the entire western part of India into an exhibit. Trees, leaves, fields and the land turn a bright shade of green. The red mud seems to shine brighter after a good rain.

Driving in this weather, with the rain hitting the windshield, is a delight. Pull down the window, and you are greeted by a cool breeze and rain drops. Step out of the car, get wet in the rain.

So, I stepped out of my home and got in my car for a long drive. The route I took was Moodbidri in Dakshina Kannada district to Kottegehara in Chikkamagaluru district where I took a left and then left at the fork that came up to head towards Kalasa in Chikkamagaluru district. From Kalasa, I headed to Shivamogga and pitched camp at Sagar. The total distance covered was around 325 kilometres. Time taken was close to 10 hours, with a lot of halts for photographs, coffee and snacks.

The route from Moodbidri to Shivamogga is a winding one. You get one bend after another. I love the bends, but not everyone does. The bends are a pleasure to drive on.

The sky was cloudy till I reached Charmadi Ghat between Moodbidri and Kottigehara. The ghat is a few kilometres after Ujire. During a coffee break just before the ghat, noticed the top of the mountain covered in mist. I had a fair guess what I would encounter on the ghat. I came across rain within a few kilometres.

Driving through the mist, in the rain, is just too good. This was the scene till I got down from the ghat. In fact, once I got off the ghat, the sky was once again cloudy, but not a drop of rain.

After filling up the fuel tank in Kalasa, I took the route to Balehonnur, which would lead to Shivamogga.

Actually, I could have gone straight from Kottigehara to Shivamogga; Kalasa was a detour of around 70 kilometres. But then, I would have missed Yasin and his snacks at Royal Cafe. I stopped at the café at Jakkanike on Kalasa-Balehonnur road on a whim. I ordered a plate of noodles, a bread omlette and a margherita pizza. Everything was so good, I was wondering why I should not order another round of each dish.

Yasin has placed a photo of Café Coffee Day founder V G Siddhartha outside his café. He has immense respect for Siddhartha who had set up an institute in Chikkamagaluru district to train local youths and hire them for his cafes. Yasin had worked in a CCD in Chennai, Tamil Nadu before venturing out on his own.

So, the detour was well worth the extra time on the road.

Reached Sagar around 7.30 pm. The next morning, I headed to Jog Falls, which is about 30 kilometres away.

Nowadays, the journey to Jog Falls is very easy. Take an overnight train from Bengaluru to Talaguppa, take a room in Sagar to freshen up before heading to Jog Falls. Or, you can get off the train and head directly to Jog Falls, which is 10 kilometres away.

When I reached after 9.30 am, the falls were covered by mist. A crowd had gathered, but some of the early visitors had left without a glimpse of the water of Sharavati river dropping 250 metres (800 feet). It is the second highest waterfall in India. I need to find out which is the first, and visit. Noted.

After looking around for 20 minutes, the mist started clearing.

Stopped by in one of the stalls near the view point and enjoyed a plate of egg bhurji. Tasty. Could have had more. The stalls are clean, and I do hope they stay that way because visitors get a clean place to site down for hot coffee or tea and snacks. The entire area near Jog Falls is pretty clean. You can spend some time sitting around while waiting for the mist to clear.

The roads leading to Jog Falls pass through forests. Great for a drive. Driving slowing, taking in the sights. If you drive slowly and are alert, you will come across this giant hedgehog sitting by the road (pic below).

Took the road to Bhatkal. Another beautiful route. The road is two lane up to the point where you come across the turn to Sigandur, which is famous for a temple. After that, you have to drive on a single lane winding road that goes through a forest.

Stopped in Kundapura at Shetty Lunch Home and had a nice meal of rice, dal tadka with prawn ghee roast before heading to Mangaluru.

For fans of driving in the monsoon, I am attaching this video of Shiradi Ghat on the highway from Bengaluru to Mangaluru.